OUT OF THIS WORLD INTO ANOTHER WORLD

What you just watched in the video above, is a real-time cutscene. It's the intro from an action-adventure platformer. It was developed back then, when games were released on floppy disks. That intro scene takes just 84KB of disk space.

Back in America of 1983, writer Rick Dyer and ex-Disney animator Don Bluthon, would create and unleash a flawlessly animated Dragon in the arcades. Meanwhile in France, a 16-year-old boy and autodidact programmer named Eric Chahi would start his career as a game developer and eight years later he would slain via his game's protagonist Lester Knight Chaykin his polygon dragon.

In 1983, Dragon’s Lair was released on laserdisc arcade machines. It was a hit all around the world, everybody played it and so did Eric. It was a quick-time event game, with stunning hand-drawn full-screen animations -think Cuphead but only with QTE.

But, first thing first. What was the laserdisc? 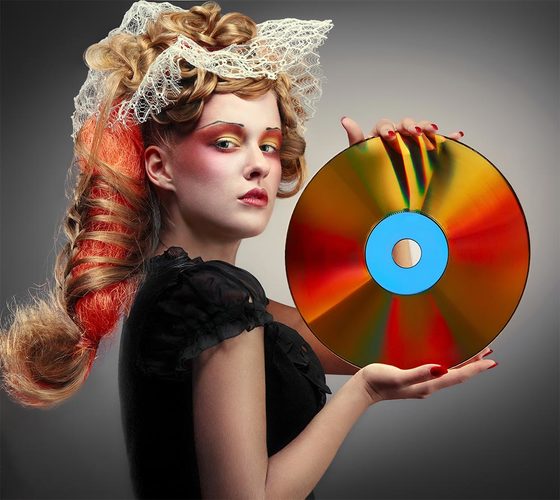 Laserdiscs were huge optical discs that had a diameter of 12 inches / 30 cm and could hold around 60 minutes of full-frame, high-quality analog video. In short Dragon’s Lair was an analog game -with many others to come- in a digital world. From a developer’s point of view, to port this kind of game in any console or computer, with all its graphics and animations, it would need to be digitized. It would probably take -if it was done perfectly- around 130MB of data. Around that time the maximum capacity of hard disk drives was at 20MB and just for the bargain price of $5500! So, all of the computer titles (software and games) were still getting released on floppy disks. Games would generally take up from 0,1MB to a couple of MB -of space- and would run straight from the floppy disk. Because of those restrictions, every game developer was trying to be extremely economical about their title’s data footprint, and always release on the least amount of disks (also known as disk-count). The Amiga computer came out in 1985 and its floppy disks had a maximum capacity of 0,88MB. So, in theory, a perfect port of Dragon’s Lair on Amiga would take the obscene amount of 148 floppy disks! Any inquiring and computer savvy mind would try to find a better solution. And, six years after the debut of the original game, a team of fifteen people from a gaming company named Visionary Design finally did it!

In 1989 they developed the Amiga version of Dragon’s Lair that got released on six floppy disks amounting just over 5MB. It was a big amount of disks for a game, but also an achievement -in many ways. Its developers managed to create an experience close to the original one, by digitizing all the original animations. They digitized the prototype animation frame by frame, while using a very limiting 16-32 colour palette for every produced frame. That small palette made the animation flat-coloured, but it somehow retained its original charm. Every graphical element was stored in as a compressed bitmap image, hence the six floppy disks. Most of that space was occupied by the graphics and only 8KB of that was the code. In its own way it was the perfect port and everyone with an Amiga wanted to play it; so did Eric. 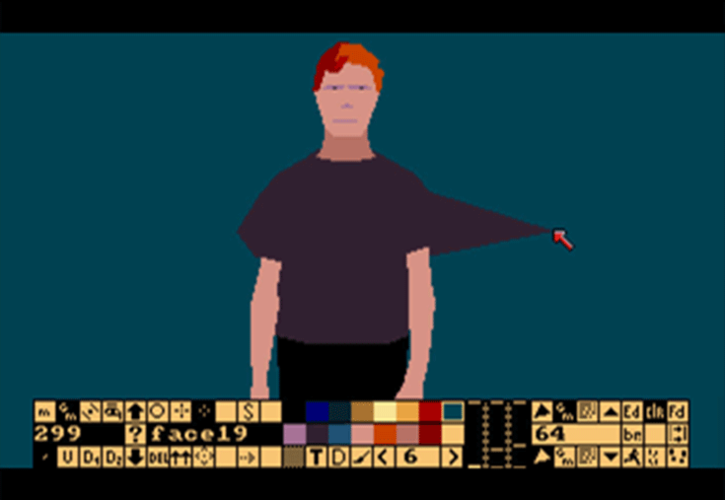 He was amazed by the quality of its full-screen graphics and animations. Eric had already worked as a programmer and graphic designer on a handful of computer titles and at that time he had just finished working on the graphics for the Amiga’s game Future Wars. Eric had became desperate to design and develop a game all by himself. One of the things that preoccupied his analytic mind was the data efficiency of polygon-graphics. Polygon-graphics (aka polygons and today as vector graphics) are images that consist of polygonal shapes and created purely by real-time calculations. The advantage of that technique is that a specific shape of any size, from pixel sized small to screen-filling big, would occupy the same amount of data on the disk. That method would allow big screen surfaces such as Dragon’s Lair’s big animated characters, to be rendered with minimal cost. To make it more clear, its the same technique that 2D Flash graphics use. So, in his journey to understand how these amazing visuals were achieved, in the beginning he zesty hypothesized that they were created with polygons. He later realized that all its graphics were compressed images, that were loading in real-time from each floppy disk. But, at the time, that got him to stay motivated in order to think ways to produce a game with screen-filling quality graphics and animations using exclusively polygons. 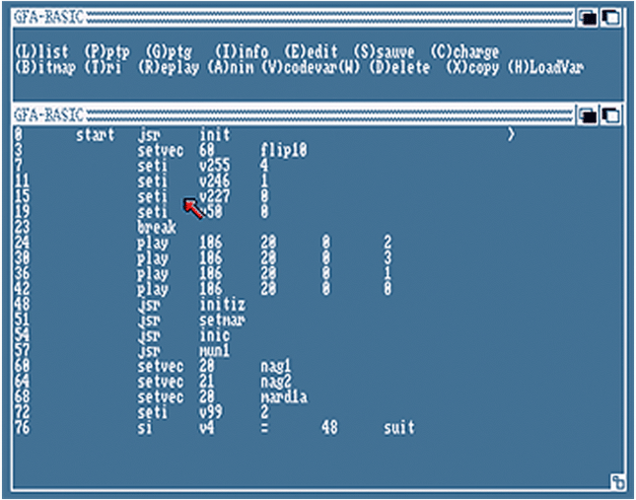 Eric decided to develop the game on the Amiga but he met many obstacles along the way. The first one was that developing tools with polygon support for the Amiga were nonexistent. But 22-year-old Eric was extremely driven and galvanized by polygons enough to create his own-developing tools. He developed a polygon editor to create the graphics and a language interpreter in order to program the game’s logic. He was always inspired by sci-fi comics, illustrations, literature and movies, so he wanted to created that type of cinematic experience. Eric had a specific vision about the mood and the visual style, but no idea regarding to the plot or the game mechanics. The whole development process was a continuous learning experience for him, in which he would learn through experimentation and improvisation. Eric also used, in a small portion of the game an animation technique called 'rotoscoping'. It’s all about tracing the frames of a video, in order to create animation. He drew polygons over the rotoscoped frames and programmed them with his tools. After two labour-intensive years he had finally finished with the development. He had built one of the most cinematic and immersive games. It had a unique “show don’t tell” quality like no other game had at the time, with almost no UI and no dialog. Every bit of it was made by Eric, except from the music and some of the sound effects that Jean-François Freitas composed and created.

Before and after rotoscoping

They were two companies that were interested for Eric’s game, Delphine Software and Virgin Games. The last one had worldwide reach but were adamant on making the game a point-and-click. In an another universe, if the game was published by them it would possibly be one. The game was originally published in Europe by Delphine Software in 1991 under the name Another World and got retitled as Out of this World for the North American release. Until today, it has been ported to over 20 platforms. It became a huge success, a cult-classic and a big influence for numerous of games such as Ico, Shadow of the Colossus Metal Gear Solid, Silent Hill and Flashback.

More information is available in this GDC talk from the ...animated Eric Chahi in the following video. And if you’re still left wanting more polygons, you can visit Eric Chahi’s official page.

3DO Interactive Multiplayer by The 3DO Company