A "corporate" email from NetherRealm Studios has been leaked, citing the addition of a new character to Mortal Kombat's roster, and in particular Ash Williams from Army of Darkness, if it is indeed a "genuine" email from the company, fell to the "wrong hands".

As you can see in the picture below, all the DLC characters of the game, which belong to third-parties, are listed in detail. Among the already known Joker, Terminator and Spawn is Ash's name, which has not yet been announced as a new fighter for the game. 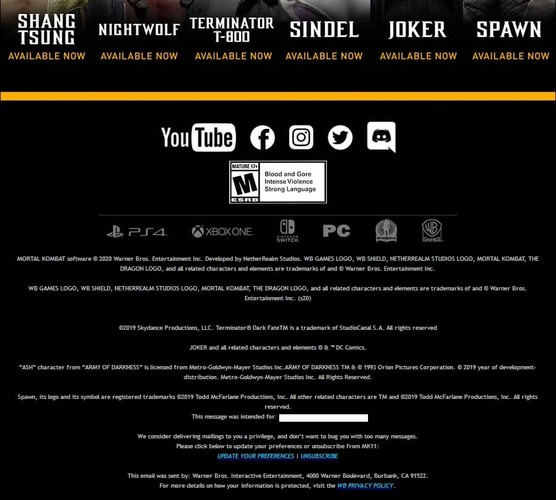 This will not be Ash's first appearance in the gaming arena, as the character played by Bruce Campbell has also appeared in Dead by Daylight.

In addition to discussing the issue, if this is indeed a "genuine corporate" email from NetherRealm, Ash's name appeared again in April 2019 for Mortal Kombat 11, when dataminers discovered a list of names of potential new fighters.

The latest, so far, new Mortal Kombat 11 DLC fighter is Spawn, already available to the public along with its various suits.

Want more Stories like this?
Written 95 Weeks Ago
by Manix
Gaming Development