A remake for Prince of Persia is Coming this Year

It seems that dreams DO come true after all!

Allow me to be more specific though.

Lately, the Prince of Persia franchise has been in the limelight, since rumors about its remastered version are spreading across the globe. These news is caused by Ubisoft’s latest activities, as well as by crossover events of other games. But now, as everything shows, the wait is finally over and Prince of Persia will (most likely) return.

The MAX store-chain from Guatemala has posted two listings for the Prince of Persia Remake. One concerns the PS4 console and the other one the Nintendo Switch, while both of them indicate November as the release date. The remarkable thing is that in this country, this chain of stores is an official distributor of Nintendo, so it is definitely not a small, random e-shop. Yay! 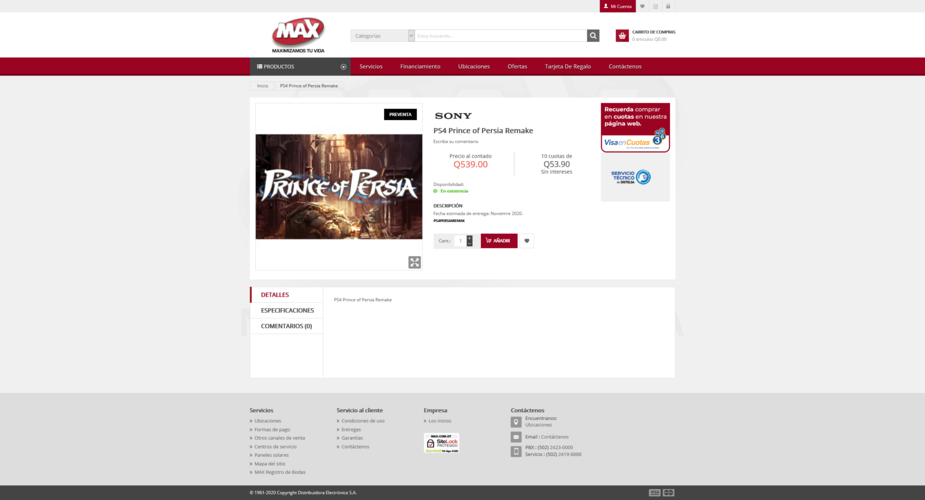 A little while later, the trusted journalist Jason Schreier added fuel to the fire, stating by a tweet that the stores love to reveal Ubisoft's games ahead of time. So, in a way, he confirmed the leak.

Last but not least, let’s not forget that Ubisoft has officially announced that in 2020 it intends to hold at least one more Ubisoft Forward event. Most likely, then, this show will host the revelation of the highly anticipated game.

Up this moment we do not know if this is a remake of Sands of Time, the homotitled game of 2008 or even a remake of the original 2D title of 1989.

However, I can’t wait to (re)play one of my most favorite games of all time. Crossing my fingers that Ubisoft won’t let me down and Prince, my boo, will be as charming as always!

Want more Stories like this?
Written 127 Weeks Ago
by Sofia Evangelidou
Gaming Development