Sony has patented an AI that can assist players where they are stuck in a part of the game, giving them the necessary items or weapons to overcome their obstacles. These items can either be an in-game item or be available for purchase.

In the patent entitled "In-Game Resource Surfacing Platform" Sony describes a scenario in which a player is stuck at a certain point. "Many games have hundreds or thousands of items for their users, which they can get for free or buy them," the patent description states.

This AI will look for in-game resources that can help players. How will this be done? Mainly based on community data and from other players.

This figure illustrates how Sony's tool might suggest micro-transactions to help the player get through a difficult section of a game. 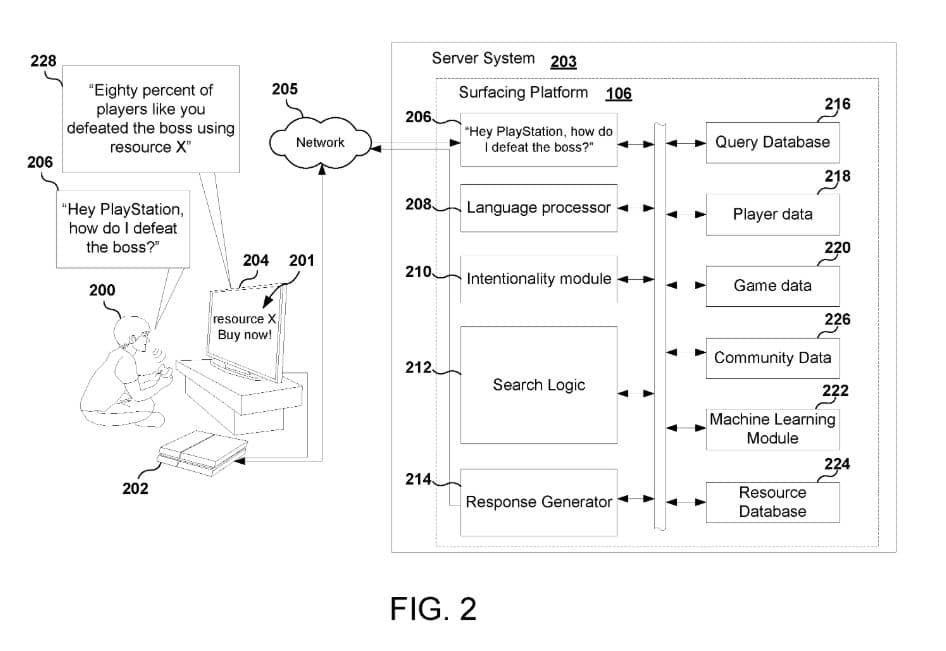 So AI will find that other players have overcome this obstacle and will propose a possible solution. Of course this may include an item from the game store.

Using this kind of artificial intelligence is nothing new. Ubisoft has also released its own AI to monitor game progress and in-game stats. Stadia has also promised a feature that will allow players to interact with Google Assistant.

However, it seems that the Sony patent will specialize in finding the right resource to help you overcome any obstacles in the game. Over time, however, the help it offers can become more meaningful and we're talking about a completely different experience.

Want more Stories like this?
Written 147 Weeks Ago
by Manix
Console News