Gaming on Linux through the installation of Proton

When it comes to Gaming, there is no objection that Windows is better than Linux. However, although Linux is not designed to support heavy video games, there have been several improvements in recent years. Now, thanks to Proton, Gaming's Linux-based operating systems have reached new levels.

For those unfamiliar, Proton is a Valve application that uses Wine along with some additional applications to allow users to use software built for Windows on Linux-based operating systems. Thanks to Valve's program, Linux now supports more than 6,000 video games, according to Steam's blog.

As we can see in the image below, Proton has helped a lot in supporting video games, allowing a lot of "Platinum" games to run comfortably on Linux, without the need for additional software. 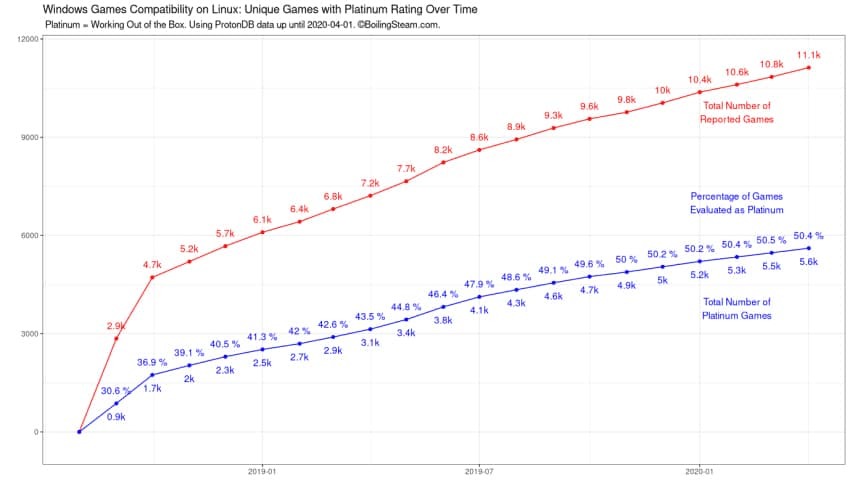 More specifically, of the approximately 11,000 games currently available on Steam, the 6,000 (over 50%) have a Platinum rating. In addition to the recent games, Proton offers better support for older and lesser-known games made for windows.

However, today many of us prefer to play multiplayer video games. For this reason, there are many anti-cheat engines, which are designed to ensure good game quality. More specifically, anti-cheats watch games for hackers, spammers, etc. Unfortunately, due to the strange construction of anti-cheats systems, some of the games still do not support multiplayer when running on Linux.

Want more Stories like this?
Written 143 Weeks Ago
by Manix
Gaming Development