How Konami Dealt with Piracy

Piracy is the night of gaming industry. Countless of unauthorized copies and distributes of gaming software are giving the developers and the companies a hard time. Many attempts have been made, in order for this phenomenal to stop, yet nothing seemed to work.

But Konami came up with a genius -and humorous- solution to face piracy. In the case of Teenage Mutant Ninja Turtles III, released for NES in 1991, if the platform recognized that the game is not genuine, it silently reduced the damage caused by the player and doubled the damage received by the enemies. As if that’s not enough, it made Shredder immortal, making the game impossible to be played. That’s some seriously merciless tactic. 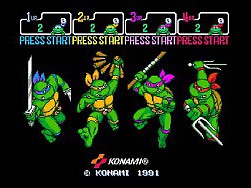 So, this story has two morals.

The first one, is to prefer genuine games and support the companies you adore.

The second one? Well, DON’T get Konami angry!

Want more Stories like this?
Written 146 Weeks Ago
by Sofia Evangelidou
Gaming Development