An unknown force of evil has swept across the land, plunging it into civil war and terrorizing the populace. A mad king, his missing son, and a mysterious archbishop are all pieces to the puzzle that faces you. You have journeyed to the source of the evil. The town of Tristram, now inhabited by only a handful of survivors. The cathedral there is built over the ruins of an ancient monastery, and now eerie lights and sounds are heard echoing through its abandoned halls.

Once upon a time, there was a young high school kid by the name of David Brevik, who lived in the town of Danville at the foot of a mountain. He thought that this mountain had the coolest name ever: Diablo. David, was also a Dungeons&Dragons enthusiast, a gamer and a programmer -even before high school. So it wasn’t a surprise that, during his college years, he became a huge fan of RPG video games, like Might & Magic or Wizardry, as well as of some of the first rogue-likes, such as the original Rogue, NetHack, Moria and Angbad. 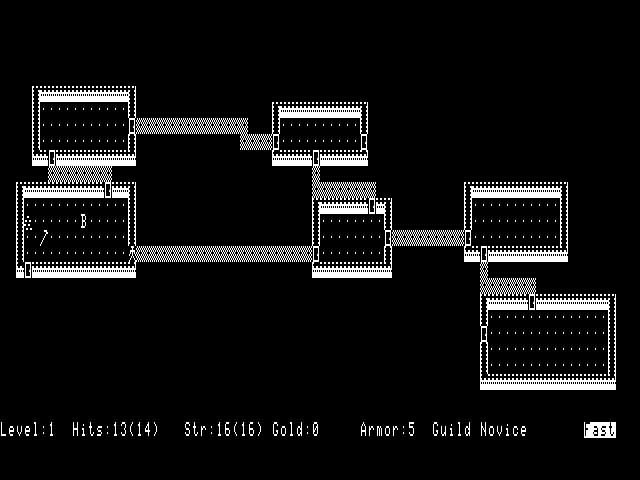 Years have passed by and David had already three games as a programmer and technical director under his belt, named Gordo 106, Aero the Acro-Bat and NBA Jam. In 1993 he founded, alongside with Erich Schaefer and Max Schaefer, the gaming development company named Condor. A little later, in 1994 -and while still inspired by his favorite games of his college years, he started his quest for seeking investors, after writing a design document/pitch for a PC game. This game, would run under MS-DOS and would be turned-based, single-player with multiple expansion packs (influenced by the success of the collectible card game Magic: The Gathering’s “booster packs”) and permadeath, and it would be called ... Diablo. 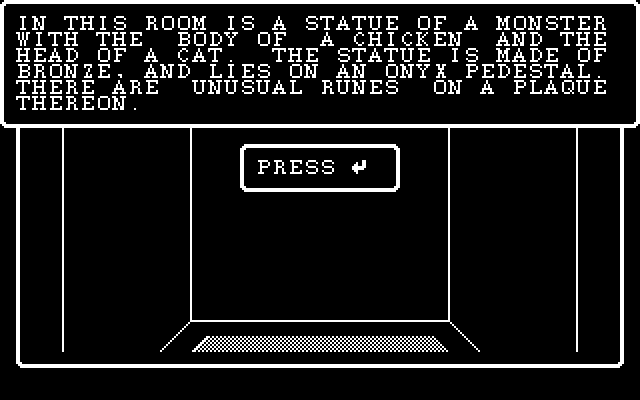 It was the same year that Condor was developing Justice League Task Force for SEGA Genesis and, by the summer, it was already completed enough to be demoed to CES (Consumer Electronics Show). While the Condor staff was demoing Justice League Task Force at CES, they found out that another company named Silicon & Synapse (S&S), had already made and was also demoing the SNES version of the same product. S&S was founded by Michael Morhaime, Frank Pearce and Allen Adham. The guys from both companies kept in touch, since they both shared the same passion for creating original PC games and, until that time, they were only developing console games based on licensed IPs. Thus, the S&S guys, confided to the Condor ones that they were planning to sell their company and create a new one, named Blizzard Entertainment. They also showed them their in-development Real-Time Strategy / multiplayer PC game, titled Warcraft. 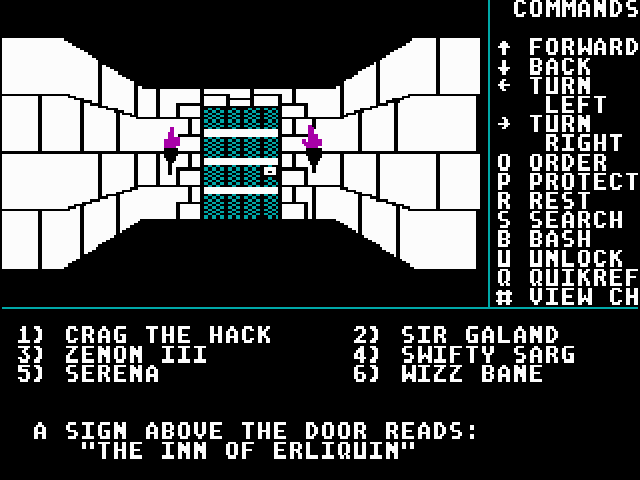 During that year, Brevik tried to talk to the S&S guys about Diablo, but he never managed to get a pitch meeting with them. Until that point, Condor had already 25 failed pitch meetings with probable investors and it was only until January of 1995, after Warcraft had successfully been released in North America by Blizzard Entertainment (ex S&S), that Brevik got his pitch meeting after all, and finally signed the coveted contract with them in order to make Diablo.

So, at that time, Blizzard Entertainment had only two suggestions for Diablo, “Real-time instead of turn-based and the option for multiplayer”. Brevik stayed true to his original vision for turn-based and single player mode, until the last stages of Diablo’s development. Most of his staff had already sided with B.E. and, after many staff meetings, Brevik finally succumbed to B.E. suggestions and agreed to change the game to real-time. He begrudgingly programmed it to real-time and tested it by himself. “Oh my God! This is awesome!” was his first reaction when his in-game character, killed in real-time a skeleton with a click of the mouse -for the first time ever! 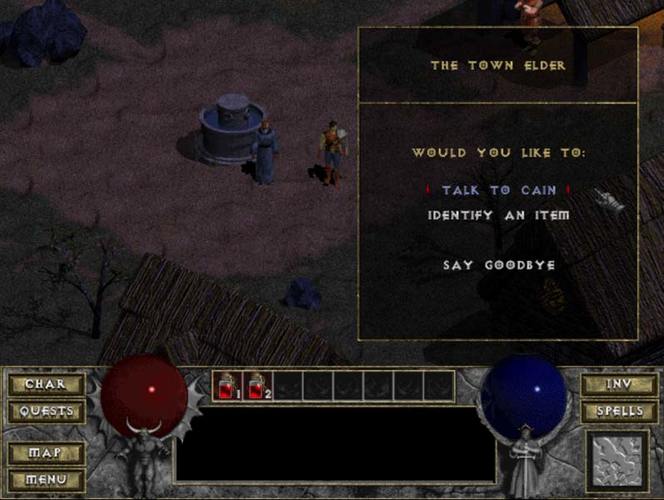 At the beginning of 1996, Condor got renamed to Blizzard North and released Diablo the last day of 1996 for Windows 95. It became THE game which defined the Action-RPG genre. During the spring of 1998, it became available on Classic MacOS and PlayStation.

The soulstone burns with hellfire, as an eerie red glow blurs your vision. Fresh blood flows into your eyes, and you begin to hear the tormented whispers of the damned. You have done what you knew must be done. The essence of Diablo is contained... for now. You pray that you have become strong enough to contain the demon, and keep him at bay. Although you have been fortified by your quest, you can still feel him, clawing his way up from the dark recesses of your soul. Fighting to retain control, your thoughts turn to the ancient mystic lands of the Far East. Perhaps there, beyond the desolate wastes of Aranoch, you will find an answer. Or perhaps... salvation!

For more information, you can loot the wealth of extra details, facts and tech-talk, in this GDC’s presentation given from David Brevik himself from the following video. Brevik uploaded scans of the original 1994’s design document, for the hardcore Diablo scholars, at his personal blogger page here. Last but not least, you can play the shareware web version of Diablo here!