A Bedazzling Diamond Mine Game of Colours

Shariki means balloons in Russian. Yet, did you know that is also the name of the original Match 3 game? It was developed by Russian programmer Eugene Alemzhinym for DOS in 1994. However, this is not an article about Shariki or its developer. It’s about another Match 3 game, a diamond in the rough! 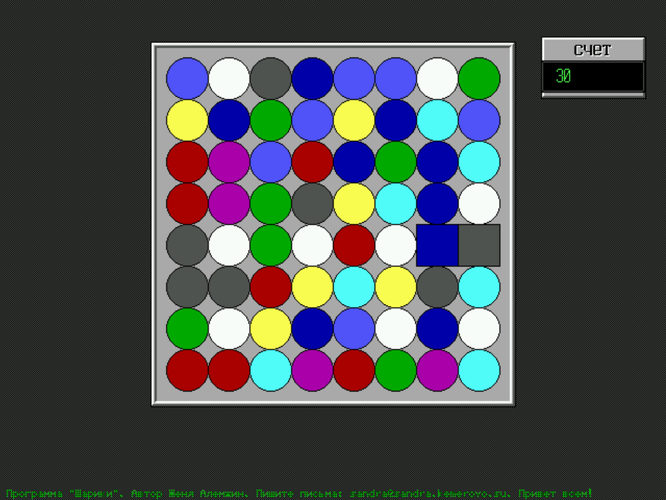 From 1993 to 2000 was the era of the young and ever-expanding Internet, the World Wide Web. It is now known as the “Internet bubble” or “dot-com bubble” period. Jason Kapalka was working as a freelance journalist when, in 1995, was offered to leave his job at Computer Gaming World magazine and begin to work for TEN (Total Entertainment Network). It was one of the newly founded dot-com companies, that in 1996 started to provide amongst its subscribed customers, the innovative -at the time- service of the internet multiplayer experience. It was a service for a limited selection of PC games that didn’t offer it natively -yet. Some of those games were Quake, Duke Nukem 3D, Command & Conquer, Diablo, WarCraft etc. But TEN wasn’t the only one innovating. At some point, many of those games’ developers updated their games with the same services and almost for free.

In 1998, a 2D, top-down, action, online multiplayer game titled ARC (Attract Retrieve Capture) was available for free on the web. Jason contacted with its developers, two college students, Brian Fiete and John Vechey, in order to bring their game into TEN’s platform. Unfortunately, it was the same year that TEN didn’t manage to remain profitable and it was shut down. But don’t be sad, it got reborn as pogo.com; the one web destination for casual games and casino ones, with jackpots with real cash. Jason, who had remained in pogo.com at that time, as a writer, producer and designer, kept in touch with Brian and John, who were working for Sierra On-Line’s internet division named WON.net (World Opponent Network).

The three of them shared a common dream: to found their own game studio. 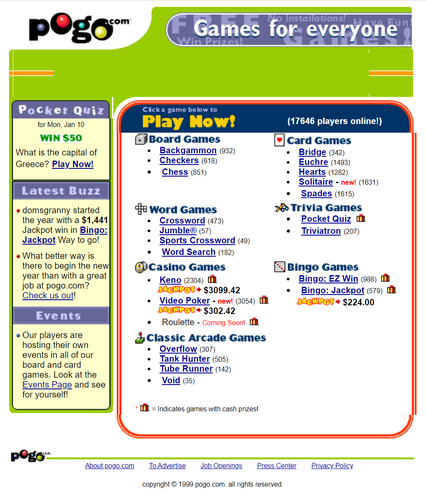 In 2000, two years before the burst of the “dot-com bubble”, Jason Kapalka and John Vechey founded a company named Sexy Action Cool, which was later joined by Brian Fiete. The company’s name came verbatim from a movie poster tagline -that was hanging in Jason’s basement apartment, named Desperado and starring Antonio Banderas and Salma Hayek. In order to raise money, they developed a web game; a strip video poker named Foxy Poker and their intention was to sell it to porn sites. They did sell it to some, but the game was not adult enough and it didn’t have any nudity in and this lead into leaving their customers unsatisfied and making it a flop. In an effort to clean their name and cut ties with that industry, they start anew by changing the company’s name to something more family friendly. Therefore, PopCap was born.

For their first game they drew inspiration from the 1999’s quite simple and now lost-from-the-internet-web-game named Colours Game. It had no UI (User Interface) and it was just a 7 by 7 grid of different coloured squares as tiles. It had one mechanic, the ability to swap any two tiles vertically or horizontally in order to create at least a matching group of three. Starting from there, they developed a web game with UI, animations, sound, timers, scoring system, more than one level and actual graphics for its tiles.

Jason was digging deep, exploring themes for their first game. They wanted 7 distinct shaped tiles. So, he started by designing the tiles as food and then as real gems but both didn’t work out because of their very small variety of shape profiles. In theory, basic geometric shapes seemed to be the best solution (circles, triangles, squares etc). So, the final design for the tiles, was the amalgamation of basic geometric shapes and gems. The game was named Diamond Mine. All of its levels had a timer, except for the first one, the tutorial level. The game’s UI design was far from perfect and the huge duration of the tutorial level, made most of the players think that it only had that level and they kept playing it, hence never continued to the next ones. That level became so popular that evolved to its standard mode named as “Simple” or “Normal”. 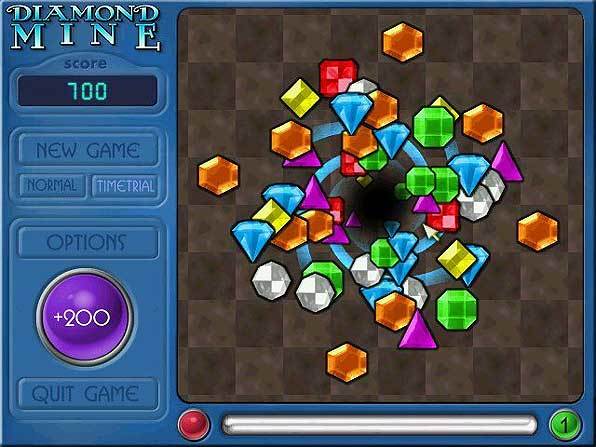 On March 20 of 2000, Barron’s magazine was published with a cover article named "Burning Up; Warning: Internet companies are running out of cash—fast", which prognosticated the imminent bankruptcy of many internet companies and made some companies and venture capitalists to rethink about the future of their internet investments.

Moving on though, in 2001 PopCap’s team had completed Diamond Mine and was searching for buyers. They were oblivious to the market conditions and not aware of Barron’s article. Pogo.com didn’t seem interested in it, while Electronic Arts declined to buy it for $60k. Their last stop was Microsoft, where they tried to sell it for $30k. The company didn’t buy the game, but agreed to lease it from them for $1,500 per month. It became exclusively available for free on zone.com, Microsoft’s “Internet Gaming Zone” (today’s MSN Games), among other casual games such as Hearts, Spades, Checkers, Backgammon and Bridge. But Diamond Mine had a title too similar to an already-existing game named Diamond Mines and Microsoft wanted something uniquely named for their site, so they suggested some names to PopCap. One of them was Bejeweled and it was inspired from a movie titled Bedazzled, starring Brendan Fraser and Elizabeth Hurley, a hit of the previous year. 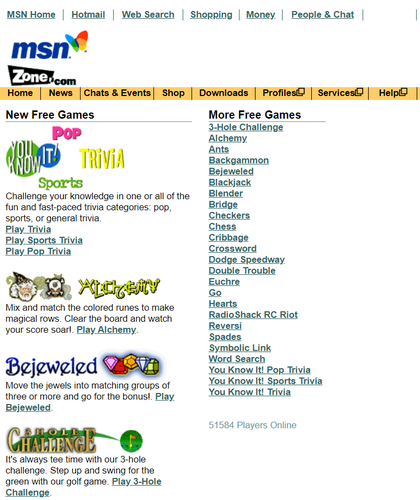 From the late of 2000 until October of 2002, the “dot-com bubble” had started to burst, and many internet companies saw their stock plummet to the depths and finally died. PopCap, which started with a perfectly matched three person team, had managed to survive and, in 2011, it had already reached 400 staff. The company created many new hit IPs beyond Bejeweled, such as Insaniquarium, Zuma, Chuzzle, Feeding Frenzy and Plants vs Zombies and, in July of the same year, it was bought by Electronics Arts for $1.3 billion.

There is even more precious information in Jason Kapalka’s GDC talk in the following video. And if you’re still left wanting more gems, you can read 2015’s Morgan Ramsay book “Online Game Pioneers at Work” or, for an in-depth analysis on the origins and evolution of match tile games, there is an excellent article of the academic and game developer Jesper Juul named “Swap Adjacent Gems to Make Sets of Three - A History of Matching Tile Games” here.