Let there be gaming, and there was gaming. The beginning of video games started long before you think it did. In October of 1958, a physicist named William Higinbotham created a lite tennis game, which was the main ingredient of the later known classic video game Pong introduced at the 70's.

During 1951 to 1968, Higinbotham served as head of Brookhaven National Laboratory's instrumentation group and it was then that he was responsible to create an exhibit to demonstrate the instrumentation division’s work.

Due to the fact that at the time, most of the alive exhibits were lacking interest, Higinbotham realized he could magnetize visitors by letting them interact with the exhibits.

“It might liven up the place to have a game that people could play, and which would convey the message that our scientific endeavours have relevance for society.”

The instrumentation team had a small analog computer that was able to display different curves, including the path of a bouncing ball, on a vector display rather an oscilloscope. Couple of hours were enough for Higinbotham to capture the basic idea of a tennis game and in a small amount of days he managed to fit the needed pieces together. His experience with radar monitors and a bunch of electronics helped him design and implement that game display.

Higinbotham drew the blueprints and Robery Dvorak, an electronic technician, managed to finish the puzzle of the parts in only a couple of weeks. A few bug fixes later, a new era was born with a game named Tennis for Two.

The circuit itself was not complex, it included resistors, capacitors, relays and a few transistors.

The game contains a knob to manipulate the angle of the ball and a button to send the ball to the other player's direction. Players should press the button and hit the ball while it's on their court in order to not miss it but they should calculate the right angle and time so that they could score. Interesting fact is that the ball would bounce like a real tennis ball when hitting the ground. The new round begins when the ball hits the net or runs out of the court and the players hit the reset button. 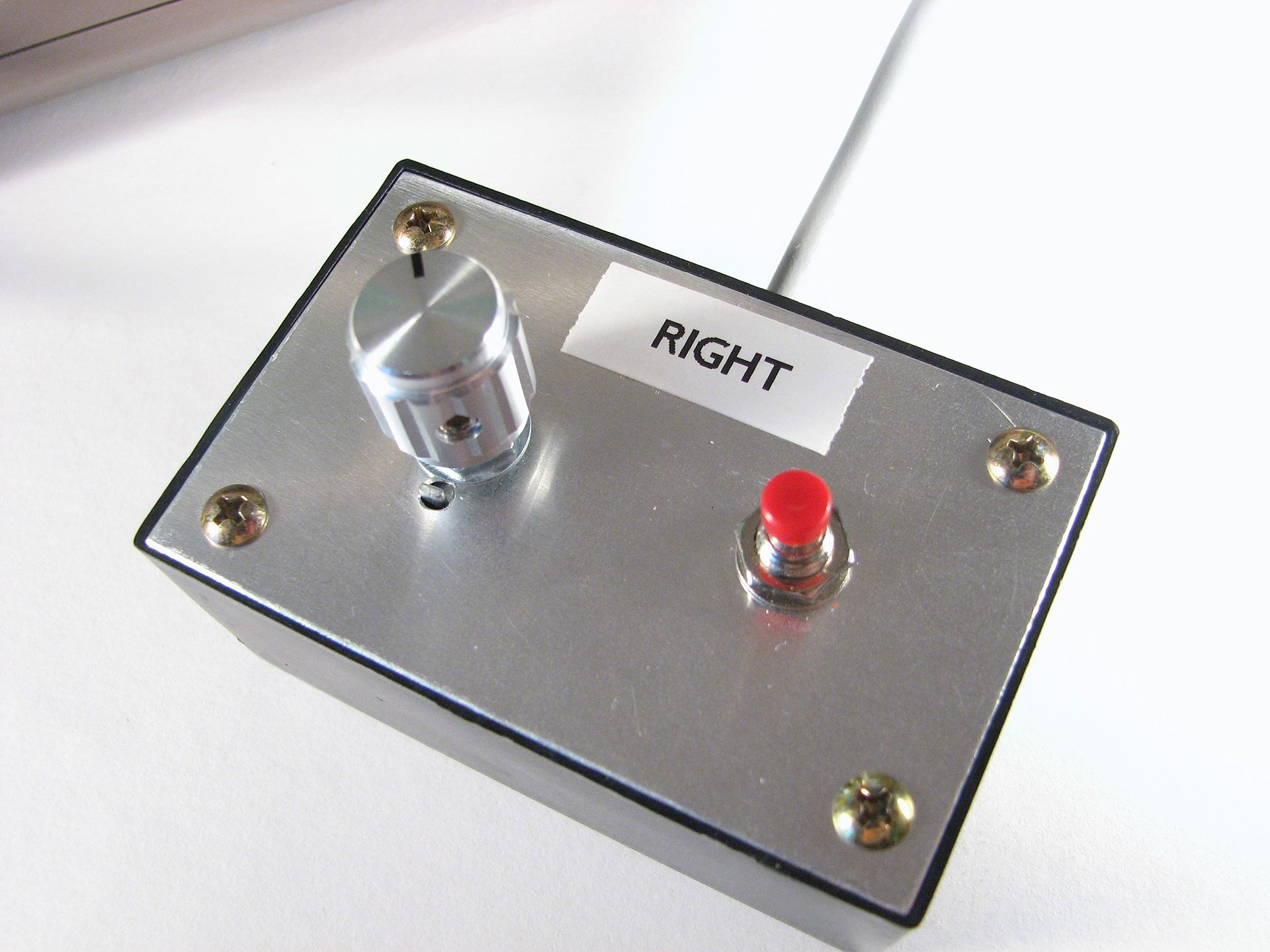 Tennis for Two was a primitive game compared to today's realistic graphics and gameplay, the analog display only showed a side view of the tennis field, contained by only two lines, one for the net and one for the ground. The ball was just a dot bouncing across the field and players should note the score by themselves.

The next year Higinbotham improved the second version of the game with a larger screen, compared to the previous year's 5 inch analog display, and added some extra gravity features that stimulated the game in different terrains like moon, Earth and Jupiter giving the experience of lower or greater gravity respectfully.Two years later the game was discontinued as the team decided to use the computer and oscilloscope to display cosmic rays passing through a spark chamber.

Although Higinbotham was a natural innovator with over 20 patents and the fact that the exhibition visitors liked the game, he couldn't foresee the success video games would grand in a few years, and additional to the fact that the project was a collaboration with the government laboratory and he wouldn't be able to make money from it, he didn't patent Tennis for Two.

“It never occurred to me that I was doing anything very exciting. The long line of people I though was not because this was so great but because all the rest of the things were so dull.”

Tennis for Two was buried for some years until 1964 when Sanders Associates accepted the first video game patent. The company that bought the patent was Magnavox which started producing video game consoles in the early 70's. It was a success and competitors were trying to cancel the Magnavox patent, they found about Higinbotham's Tennis for Two since 1958 and called him to testify but the case was settled out of court. Higinbotham became famous almost 24 years after his gaming invention, when he was a part of an article in Creative Computing magazine in 1982.

Higinbotham died in November 1994, mostly famous as the inventor of the first video game ever to be made even though he had tons of patents and was the founder and first chairman of Federation of American Scientists.

Want more Stories like this?
Written 180 Weeks Ago
by Manix
Console History